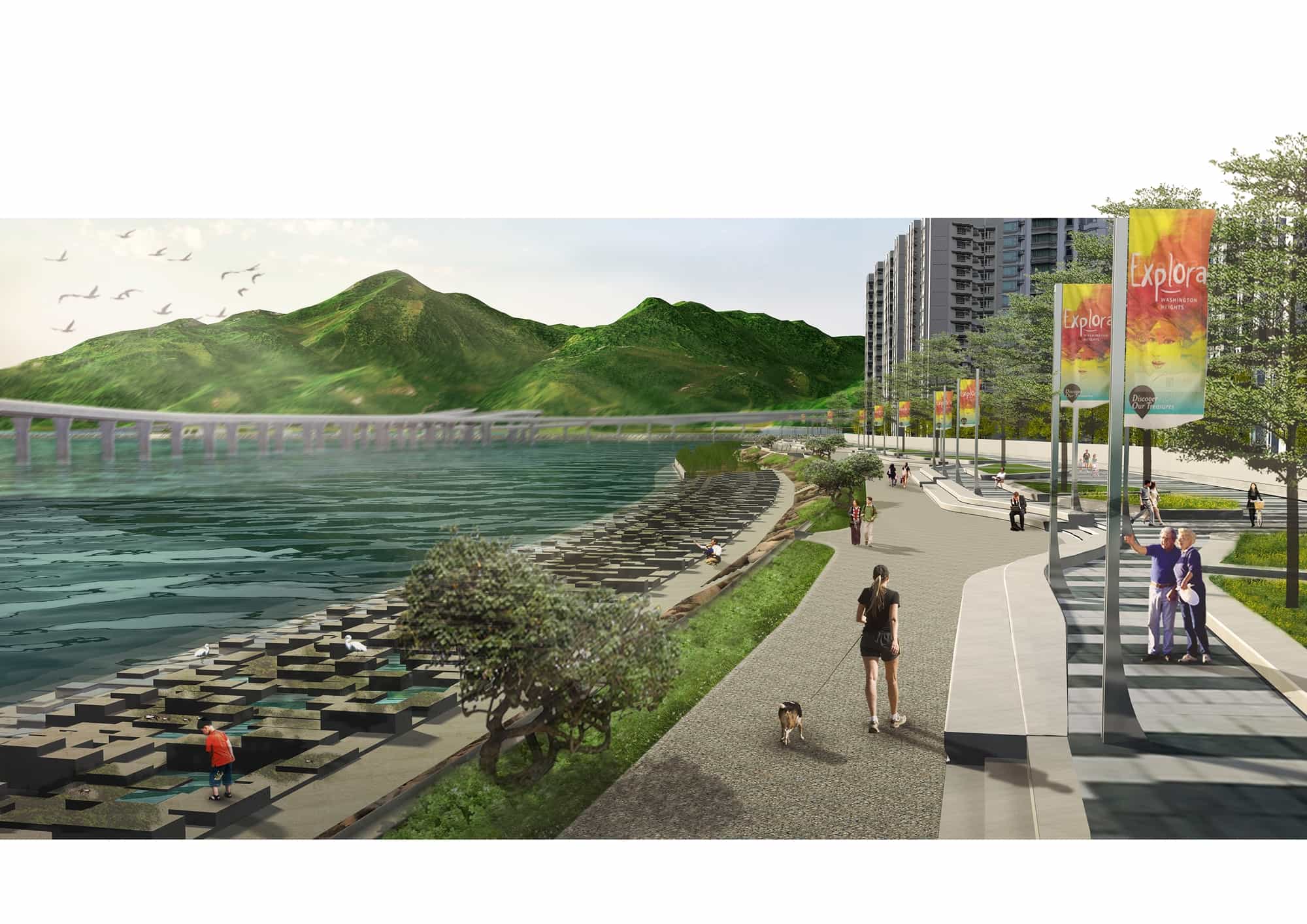 The existing engineering infrastructure at Tung Chung New Town (TCNT) was completed in April 2003. The current population of TCNT is about 98,000 while the planned population is about 124,000. The Government has been planning to further develop the TCNT into a comprehensively planned new town with a larger population capacity and adequate local and regional community facilities.

The Planning Department and Civil Engineering and Development Department (CEDD) jointly commissioned the Planning and Engineering Study on the Remaining Development in Tung Chung – Feasibility Study (the P&E Study) in January 2012 to review the remaining development potential of TCNT. Following a three-stage public engagement exercise completed in October 2014, a development proposal of Tung Chung New Town Extension (TCNTE) including the Recommended Outline Development Plan, the major development parameters and land uses are formulated.

Land has been reserved in the extension area for recreational educational and community uses such as sports ground, post-secondary institution and clinic. At Tung Chung West, a channelized section of Tung Chung River at the northeast of Shek Lau Po together with the immediate upstream section up to Shek Mun Kap Road will be revitalized into a river park for recreational use with a view to enhancing and promoting water-friendly culture. Upon completion of the proposed TCNTE, the total population of Tung Chung will increase to about 269,500.

The proposed TCNTE was included in 2014, 2015 and 2016 Policy Addresses as a key land supply measure. The first population intake is targeted in early 2020s.

To ensure timely provision of infrastructure to achieve the first population intake in early 2020s, CEDD has now engaged consultants to conduct investigation, detailed design and construction supervision. Scope and nature of the proposed works include the following: 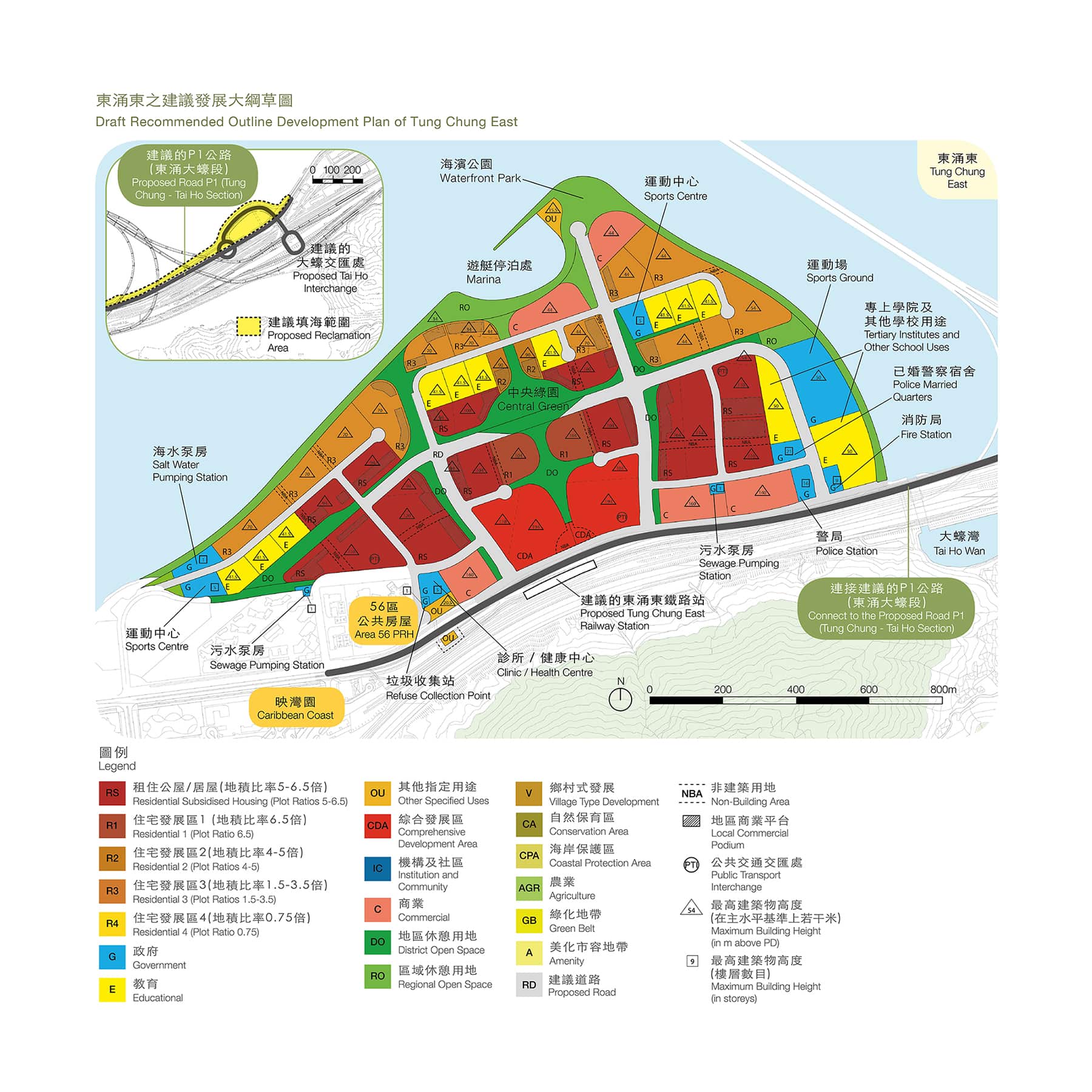 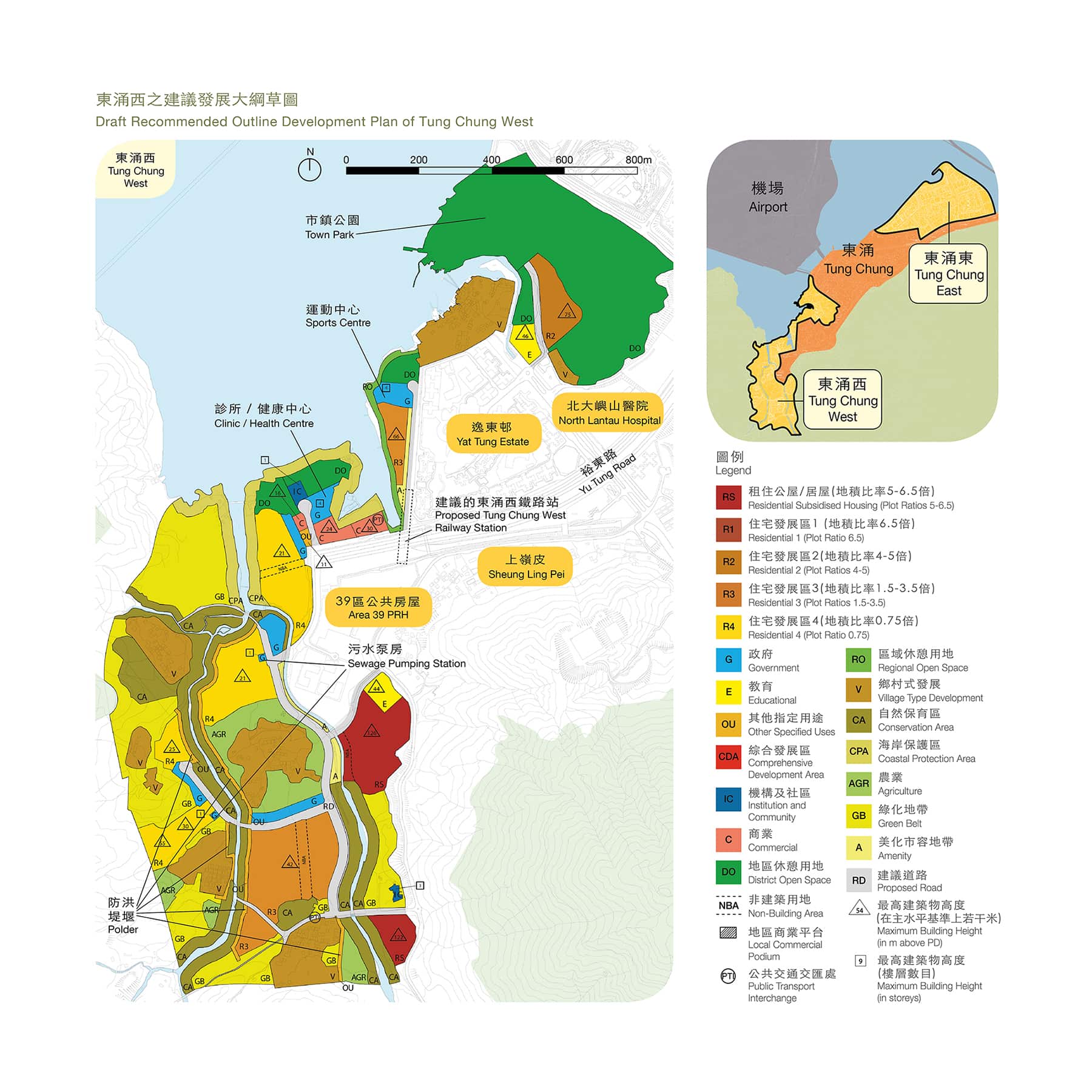